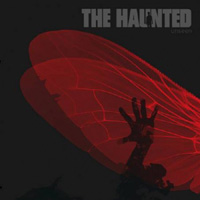 On North American shores, excitement for a new Haunted album has drawn to a whimper, thanks in part to the Swedes’ gradual evolution into a non-thrash, non-melodic death, non-anything band. Really, who is The Haunted circa 2011? They’re certainly not the band that steamrolled everyone on their raucous self-titled debut in 1998, nor are they even remotely interested in honing in on their Made Me Do It/One Kill Wonder days. Unseen is proof positive that Dolving and co. are entity unto themselves…and they do not give a flying you-know-what about convention.

Essentially an extension of 2006’s The Dead Eye and 2008’s Versus, Unseen retains the familiar alt-metal pattern heard the aforementioned albums. It’s a strange mix, with Dolving’s vocals up front and center, with the man crooning and careening across relatively memorable songs like “No Ghost” (talk about a “departure” song) and “The Skull.” If this era the band has proven anything, it’s that Dolving is a vocal force, regardless of how off-center the band’s ideas and arrangements are.

There’s still some thrash to be found, specifically on opener “Never Better,” although it’s hardly the balls-to-the-wall thrash heard on the band’s debut…it’s just more sideways, if that’s the right way to put it. Once fully out of the thrash fray, the album steadily moves into melodic territory on “Disappear,” “The City” and “All Ends Well.”

With little or no traction left to be found on these shores, The Haunted are now fully cast on their own reclusive island. And because the band is so willing to think outside of the box, there’s always going to be some merit to their albums, with Unseen being another worthwhile effort. Yet, the excitement, the frenetic frenzy, and palpable energy that once spewed from their albums are a thing of the past…