The Haunted – Eye of the Storm 7” (Century Media) 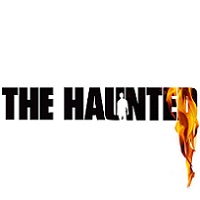 The Haunted have gotten it totally right only two times in their career: Their seminal 1998 debut and 2000 The Haunted Made Me Do It follow-up. The rest, is phoned in (One Killer Wonder) or a round peg trying to fit a square hole (see: the entire Dolving Mach II era). Frankly, one has to be surprised the band decided to carry on once Dolving, Anders Bjorler, and drummer Per Moller Jensen defected in 2012. After all, the band was at an all-time low coming off 2011’s universally-bagged Unseen, but primary constituents Jensen (guitars) and Jonas Bjorler (bass) rounded up some familiar faces in the form of returning vocalist Marco Aro and drummer Adrian Erlandsson, along with in-demand lead guitarist Ola Englund for their latest incarnation, which is similar to their second incarnation, which is better than their third.  As the world turns, so does The Haunted, apparently.

The precursor to a full-length due later this year, the Eye of the Storm 7” serves as a teaser for what should be coming. Appropriately, the band has reverted back to its early 00’s form, meaning, the death/thrash is in full swing, like on the brash title track. The burly chugs of “Infiltrator” are jarring and immediate, the exact type of song the band excelled at on The Haunted Made Me Do It, while “My Enemy” is a quick blast of thrash that doesn’t even make it to a minute.

So yeah, a teaser indeed. But, let’s usher in some melody, keep Aro howling, and the rest should fall into place rather nicely. Rebounds are great.  The Haunted can be too.