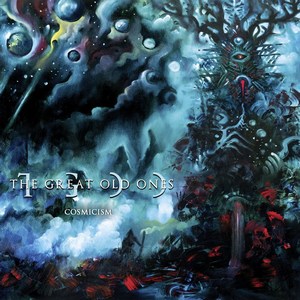 Before considering Cosmicism I’ve got to air a minor grievance with EOD: A Tale of Dark Legacy. To be fair, that grievance isn’t with the album itself, which was stellar. No, it lies purely with Season of Mist’s decision to release three ‘singles’ before an album drops. For an album with only six real songs, releasing three of them before the album dropped was nothing short of robbing the experience, particularly when one of those was the closer. Stop it.

With that out of the way, whew, Cosmicism.

It’s been a healthy while since EOD: A Tale of Dark Legacy dropped and given the above, I went out of my way to avoid all but one of the pre-release tracks for Cosmicism. Cosmicism as a concept was H.P. Lovecraft’s view of the universe and man’s utterly irrelevant place within it – with all the anxiety, terror, and even occasional voidal ecstasy that holds. All of those seethe and shimmer across the Frenchmen’s work here. For those familiar with the band not much has changed in the band’s course, they still play an emotionally vibrant form of post/atmospheric black metal, richly textured and frequently suffocating.

“The Omniscient”, a leading ‘single’ (as much of a single as “Antarctica” was in 2014) embodies all of these and more. Fast portions are faster, the bass is the most prominent it has ever been, and through a series of escalating peaks and valleys the song careens until it can no longer, spilling out into a long ringing silence. An emboldened production form and new variations on old themes come into play throughout album centerpiece and longest track “A Thousand Young”, seeing the band weaving in and out of themes and across movements. It crawls, soars, and even eviscerates – it is monstrous.

The experience there is indicative of Cosmicism as a whole, particularly for those who have been following the band over the years – the fuller production and the band using old tricks to surprising new ends. Perhaps it also helps that this time around the experience isn’t crafted to match a single story from the Lovecraft cannon but instead each track utilizes different ideas, sometimes beautifully and sometimes with a malevolence that is jarring (the industrialized feels that close out the back half of “Nylarthotep” are devastating).

And for most that’s where Cosmicism will end, crushing as it is. For those of the vinyl persuasion, however, the album ends with eyes to the sky through “To A Dreamer”. It is fascinating how much the album experience changes between each of these as album closers. While I’d advise you pick your poison according to your format of choice, it’s difficult to argue with the latter option as the preferred. The cosmic murk awaits and it will destroy you. 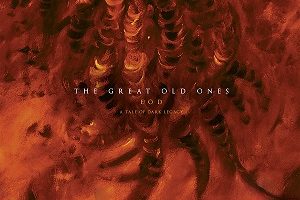