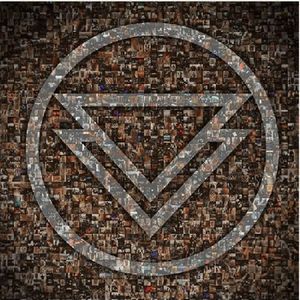 For a genre that many have claimed to be long deceased, metalcore has proven itself pretty viable in 2020. With bands improving upon and adding different elements to the formula to exciting results, to veteran acts firing out strong efforts, the genre has come out swinging. The latest example of that is The Ghost Inside, who make a triumphant return with their first release since 2015’s horrific bus accident – something that makes The Ghost Inside quite a personal album as well.

If you look at the music itself, it’s more or less what you would expect from the band but done in thoroughly convicted fashion. Melodic hardcore is more of an apt descriptor than metalcore, with the band sounding more akin to acts like Bury Your Dead than your latest Killswitch wannabe. There’s a distinct hardcore vibe, from Jonathan Vigil’s upfront barks to the raging riffs that open up the snarling “Still Alive.” Some brutal breakdowns await as the album progresses, with “Pressure Point” and “Make or Break” providing some highlights. But they don’t rely upon them to carry their message, instead employing them as a way to augment instead of being the main attraction. Tthe melodic aspect finds a way to break through as well, and given the band’s past, it comes across as all the more genuine instead of saccharine. The soaring melodic guitarwork on “Begin Again” or the post-y atmosphere and mood of “Unseen” does the band well to steer out of more traditional metalcore waters. Also worth noting is that they avoid the harsh verse/clean chorus’ trap, instead utilizing them in more of a prescriptive case, which makes them stand a bit taller on songs like “Phoenix Rise” and “Overexposure.”

Impressive at all that the band could even come back from the state they were in five years ago, The Ghost Inside is a testament to a band pouring themselves into the music and moving forward. There’s an excellent balance of brutal riffs and breakdowns, but they aren’t afraid to wear their emotions on their sleeves at the right moments, and it makes for a thrilling and utterly satisfying listen. Easily the strongest of the growing metalcore/hardcore crop so far in 2020.