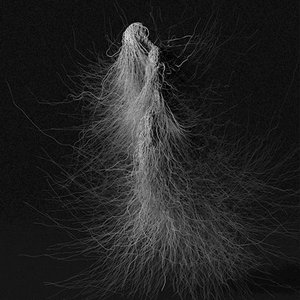 The evolution of blackgaze is one that is just as intriguing as that of its original source in pure, raw black metal. There’s been a number of interesting tweaks to the already altered formula, and The Drowned God’s blackgaze peppered with hardcore is one of the more intriguing ones in recent memory. Their latest release, Pale Home, will hit hard with lasting emotional resonance.

There’s a seriously depressive atmosphere that emanates from Pale Home, but that’s not its only quality. The murky, downtrodden feeling of hopelessness and loss plays a major role in a song like “I Met You,” but at the same time, there’s a certain immediacy to it due to the hardcore influences. There’s the slight bit of aggression that has been introduced, and the balance that they weave between these contrasting voices is really where they shine. The downright heavy feel of it will draw you in and grab you, instead of most acts in the ‘gaze’ that operate on submerging you in utter sadness. That longing still plays a big part, for sure, but songs such as “And it was Weeping” also give you a reasonably nice punch in the face at times. The blackgaze riffing is there to coax you back into a sullen and gloomy state, as you can then hear in the later part of the track as it treads more atmospheric waters. The grimy riffs, like “Gnashing of Teeth” provides, gives the band the intermediate piece to put all of their sound together and fuse it. The strongest praise is that the album feels somewhat caustic and uniform, despite the switchup of feelings they provide.

Pale Home is gritty and dark, and enjoys swirling the listener through the thick of it. There is a bit of ethereal light that pokes in and keeps it from being entirely suffocating in tone, which makes for a emotionally satisfying release that keeps you moving ahead. The Drowned God have an excellent formula that is sure to please fans of blackgaze and beyond.