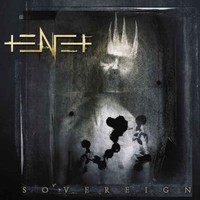 Every time Steve “Zetro” Souza opens his mouth, all this scribe can hear is, “Used to do the monkey, but now it’s not cool. The twist and mash potato, are no exception to the rule.” Unless you were born in a cave, one knows that came from Exodus’ blunder-of-all-blunders, “Toxic Waltz,” so we won’t hold that against Mr. Souza. Maybe that’s why he’s going with the surprisingly more aggro and frenetic Tenet…

A veritable who’s-who of the underground, with members of Strapping Young Lad, Zimmer’s Hole, Forbidden, Dark Angel, Fear Factory and Testament (did we forget anyone?) in tow, Tenet sizes up nicely in Zetro’s thrash comfort zone, albeit with more extremity, which is a given since drum maestro Gene Hoglan is involved. Lots of tempo pushing going down, yet at the same time, some ill-conceived riffs and arrangements hold Sovereign back.

Both opener “Being and Nothingness” and “Indulge Me” miss the mark, especially on Zetro’s end, as his Bon Scott-on nitrous vocals fail to sit. The album does get on track during “Unameable,” “Take A Long Line” (dig the gang vox) and standout “Going Down,” which is exactly the tempo (of the damned) changing, crunchy number Sovereign needed to stay afloat.

Very much an underwhelming release, one would think for the combined experience and talent in Tenet, Sovereign would be able to push it way through the ranks. Instead, it’s more like those faux retro death metal bands that were popping up earlier this decade (Chaosebreed, Murder Squad, etc.) that never lived up the pedigree of the members involved.