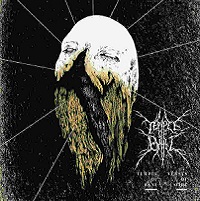 Last heard from in 2009 with the so-so Lightslaying Rituals, French black metal brigade Temple of Baal are for the most part, an outlier in their homeland’s scene. Inevitably, anything remotely concerned with French BM is going aim right for the avant-garde leanings of Deathspell Omega and friends, and to a fault, it’s what the metal media likes to focus upon. So when you have a band that plays it somewhat straight (like Temple of Baal), it’s anyone’s guess as to where the support – or backlash is going to come from. All DR knows is that Verses of Fire matches up relatively well in the broad spectrum of Scandinavian black metal.

The band’s harsh black metal approach leans up against what Gorgoroth were doing in the late 90’s/early 00’s, or even Marduk, just with broader emphasis on those blanketing chords. If diabolical blast-churn is the way to go, then Temple of Baal has it covered on cuts like “Bloodangel” and the marching “Gates of Death.” Kudos for the inclusion of clean vocals on “The 10th Aethyr,” a move that commonly boosts any black metal release given how generic the throat-scraping has become.

Topping Verses of Fire with the ten-minute “Walls of Fire,” Temple of Baal have established the idea that they could be the straight-man to their country’s routinely esoteric black metal leanings. It’s a method that could pay off for the band down the road, as everything that is weird has to come back down to earth eventually. 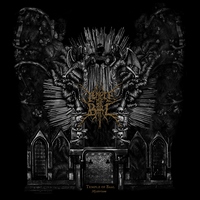