Tanith – In Another Time (Metal Blade) 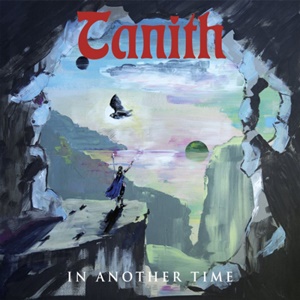 Containing Satan guitarist Russ Tippins, Tanith reach back in the vintage classic hard rock archives in terms of their sound. Based in New York City, Russ would relocate from his UK stomping grounds – assembling some great players to make this a full band, and not a solo project. Russ handles vocals along with bassist Cindy Maynard, the rest of the lineup including guitarist Charles Newton and drummer Keith Robinson. They issued a “Citadel” single shortly after forming in 2017, setting the stage for their debut full-length – and the natural organic atmosphere and analog warmth of the recording will galvanize followers who love the roots of hard rock and metal.

Those who embrace engaging galloping guitar parts and simple twin harmony embellishment as well as spacious melodic/harmony tradeoffs on the vocals should have no trouble embedding “Citadel (Galantia Pt. 1)” in their spirits and souls – the midway, swirling clean transition a brilliant touch. Cindy doesn’t relegate herself to root note, backline duties – she’s as up front and center in a Steve Harris/ Geddy Lee propulsive manner throughout the record, check into “Wing of the Owl (Galantia Pt. 3)” and the Thin Lizzy/Uriah Heep-ish “Mountain” for her progressive-infused skills. There’s a building nature to much of the musical interplay – hammering home some infectious hooks during “Cassini’s Deadly Plunge” that along with the dual female/male vocal harmonies make it difficult not to sway, stomp, or sing in unison. Russ and Charles compliment each other like early Maiden and 1975-1979 Thin Lizzy, injecting cultural themes with tasteful phrasing and boogie sensations – “Under the Stars” a perfect example of the latter aspect. Choosing to take an optimistic angle on the lyrics also represents a different outlook than most on the scene, as Tanith is all about establishing their own take on an era of hard rock and metal that was inspirational and influential to future generations.

Proto-metal, throwback, old-fashioned – in the end, In Another Time rocks, and along with Slough Feg reminds people that it’s perfectly fine to plug in and play from the heart.