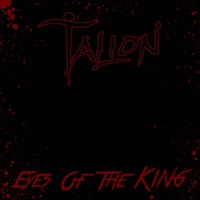 Pittsburgh, PA is home to sports institutions such as the Steelers, Pirates, Penguins, and our very own editor for DR – as well as this quartet Talion. Forming in 2011, they went through the usual lineup shuffles a young upstart faces, releasing their debut EP One Man War last April while gaining decent support slots in Pittsburgh and Cleveland for Exodus, Battlecross, Havok and more recently Metal Church. Finally solidifying the lead guitar slot in late 2015 with Mike Szeamanski, we have the follow up Eyes of the King in our sights.

After a few passes through, there are significant pluses and minuses to the songwriting and performance aspects for the quartet. The band straddle the lines of semi-power and doom metal, leveling the aural landscape through a beefy, down-tuned guitar foundation from Nick Fischer and the aforementioned Mr. Szemanski – provoking a lot of Trouble mystique or mid-tempo 80’s Metallica strains during the title cut (wah wah break action hedging Hammett bets here). When Talion chooses to raise the level of aggression and intensity as they do on “Raze”, the screaming, impassioned nature of Nick’s vocals during the verses matches the jackhammer riffing and consistent snare hits. The final song at 8:26 “Beau” contains an epic ballad arrangement, giving the listener some dynamic, open chord action and melodic guitar nuances that definitely straddle Machine Head meets Metallica lines – an area that Talion should continue to explore as they certainly have the musical muscle and intuitive interplay capabilities to pull this off.

The main struggle in fully recommending Eyes of the King lies in the clean melody weaknesses of the vocals. To put things bluntly – being off key and unconvincing can render any strong musical foundation into nails on a chalkboard type of ear pain. It’s like a really bad pirate version of James Hetfield gone ‘not good’ as Randy Jackson on the old American Idol would say, and if the band hope to make some impact beyond their Pittsburgh/Cleveland club circuit, Nick needs to really seek out some vocal coaching or find another singer.

So we have a 4 song EP with 25 minutes of strong power/semi-doom metal that has potential, yet the vocals drive things off a proverbial cliff. There’s always room for improvement, so we shall see where things go. 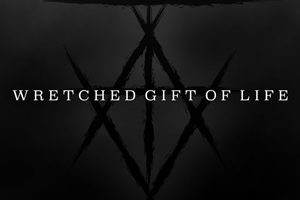