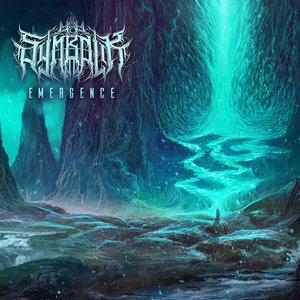 Wow, has it really been almost ten years since Symbolik released Pathogenesis? Crazy to think about it that way, but Emergence has been a long time coming. Hooking up with The Artisan Era for their full-length debut seems a wise choice, given the band’s propensity for speed and technicality and more revered status amongst the community. Even if Emergence doesn’t quite shoot them up to the top of the tech death world, it’s bound to make more take notice of them.

Merging symphonic elements with hyperspeed tech death isn’t exactly something that’s fresh at this point, so Symbolik has to really work in regards to making sure the songs stand out to musicianship and feel. Given the wait between material, it seems the band has had plenty of time to let these tracks mature, and it shows. The most comparable vibe to this is that of early Inferi, with its ‘blazing ahead at reckless abandon’ speed runs, chockful of flashy guitarwork, laying most of the ground work. The band is quite comfortable at higher tempos, and has the showmanship to maintain those speeds and provide enough variety to keep it interesting (the augmenting synths do provide some aid with this as well). But when they do slow things down, like the solo on “A Tyranny in Decay,” they provide some really solid melodies. The solos are flashy, but in the right kind of way, enticing the listener to continue onward even with the barrage of speed attempting to barrel them over.

The most important factor here is the songwriting itself. The melodies can tickle the ear without being too over-the-top and still provide service to the song. This is what makes Symbolik worth checking out, in an era where overindulgence with some of these factors leads to a market full of empty, soulless tech death releases. Emergence provides ample evidence that Symbolik are out to do something more.