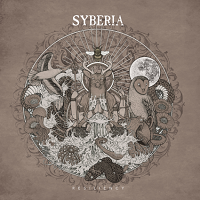 Post-metal, instrumental style. A bit hard to foul this one up, although we’ve seen our share of second-rate bands trying to make lemonade out of lemons with the sound. In the case of Barcelona’s Syberia, they’re just about spot-on as it can get if we’re talking about making it happen in the aforementioned “post” sphere. They’ve pretty much got it all down on their second album Resiliency: take-flight melodies, airy guitar breaks, and that not-metal, but quasi-aggressive tone that reminds a lot of us ‘ole metal folk why the permutation was so interesting in the first place.

Comparatively speaking, the approach of Syberia on Resiliency doesn’t differ terribly from that of Russian Circles or Mono, two post bands who have existed on metal’s periphery. The sunny melodies found on “Hiraeth” would certainly suggest as such, with the band building a lush foundation from the song’s onset. This is somewhat offset by the conventional “Aram Chaos” and atmospheric “Taunus,” a number that spirals its way through indie, hard rock, and electronic music corridors. But it’s the sumptuous, soft peddling found on “Ashfall,” the winding melodic structure on “Black Olympics,” and the emphatic swirl on “Hyperion” that truly encapsulates what a successful foray into post-instrumental rock/metal this is.

Quite the quality pickup for Debemur Morti, a French label whose diverse roster apparently knows no bounds, Syberia are the ideal band for the post-rock/metal setting. And yeah, it’s a term we’ve continually run into the ground both in this review (and everywhere else), but it will still hold sway as long as fresh new talent like Syberia keeps coming around the bend.