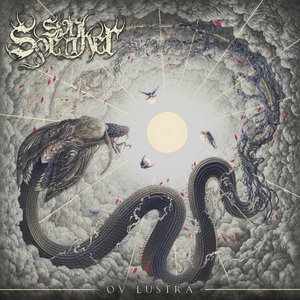 In digging through piles of bands that are content to churn out the same old song and dance while putting a minimal amount of personal spin on it, it’s always a treat to find that one band that wants to try their hand at something different. Sun Speaker’s debut takes influence from many different sources, but finds a way to make it compelling and fresh from beginning to end.

It’s quite a challenge to really put a finger down with a simple description of what Sun Speaker are doing with Ov Lustra. The extreme metal influences are wide and sometimes unexpected. Blips of more atmospheric black metal to throttling deathcore seem to run the range, and it seems silly to spend half a review simply firing off the rest of the band’s sound. It’s more about the mood and feeling anyway, as you traverse tracks that nearly gut-punch with massive grooves (“Absolve”) to floaty, Fallujah-esque atmosphere mixed with blackened tones (“Felle”). The use of synths/keys may be the band’s ultimate weapon (behind the crushing guitars of course), in creating some notably bleak and dark vibes that aim to separate them from some of their modern contemporaries. A track like “Arrival” is frenetic as it needs to be in it’s modern death metal attack, but the underlying keys give it feelings that swing from ethereal to otherworldly. It’s all held together by some top-notch musicianship, capable of intricate modern riffs as well as some introspective melodies, and all without running into any jumpy transitions (a factor that may involve the synths as well). Lastly, as a conceptual album, it has the right amount of focus to reel in the listener and draw them into the lore as well as move them along on the ‘journey.’

Quite an impressive debut from Sun Speaker. It’s modern and it borrows from an excellent variety of sources, but does so in order to synthesize something that is far greater than the mere sum of its parts. A band to watch as they continue forward.