Part of the initial charm of early Sepultura was how little English Max Cavalera could speak, thus causing his enunciation to be forced and for the lack of a better term, awkward. It feels the same way on Sanctify the Darkness as singer Nick grunts essentially the same syllable structure throughout the entire album. We’ll cut him some slack – learning a foreign language (they’re Greek, by the way) is a tough go. So is being a viable, interesting thrash band, something we’re not sure if Suicidal Angels is quite yet.

More German than Bay Area thrash, Suicidal Angels approach thrash with a much wider scope than most bands do, meaning this thing is not all riff and idea thievery. Crunchy mid-tempo sections highlight “The Pestilence of Saints,” along with manic speed-picking intervals during “Inquisition.” Since there is little concern for technicality, Suicidal Angels actually comes across as a thrashified Vader, if one could imagine such a thing. We sure can.

As we mentioned above, vocalist/guitarist Nick will be the ultimate deal breaker. He’s not all that bad and no one cares about the vocals and lyrics in thrash anyway, so maybe he’ll become a sufferable joy for some. By the time the roving “Apokathilosis” (check out the “humppa” metal portion at 2:04 – it’s a hoot) and ending barrage of “Child Molester” hit the skids, it could be said Suicidal Angels wouldn’t be the mighty thrash underdog without him. Stumble on, brother. 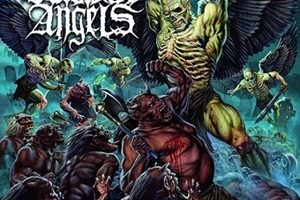 Suicidal Angels – A Bloodbath of Aggression 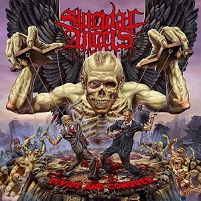 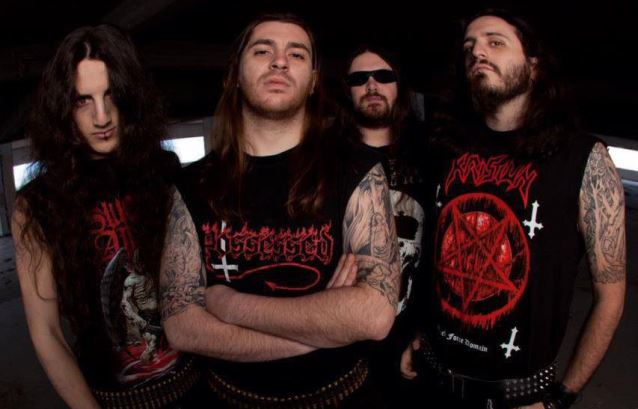