Wasting no time in between releases, this Ohio death/thrash act Subtype Zero came to this scribe’s attention through their full-length The Astral Awakening in the summer of 2018. Since then, they’ve issued a four-way split release and a live album, setting the stage for this quick-hitting four-song EP Ceremonious Extinction. A limited-edition release of 300 copies, they’ve switched out a couple of members and gained second guitarist Nick McGroder and drummer Owen Pooley – but have not lost any of their intensity or fierce nature to their performances and songwriting.

Quick hitting tempos, speedy tremolo-infused licks, and equally savage vocal ripping activities are the main attraction for the band – packing a super punchy riff assault that even when it slows down in brief transitions, still maintains that crushing level of manic metal one would expect from these musicians. Three of the four tracks get in and out in under three-minutes, intertwining elements of the Swedish scene a la The Haunted with the natural viciousness that put Slayer and Sepultura to the top of their thrash ranks in the mid to late 80’s. Heads down triplet runs and half-time snare/double kick transitions make “Ethereal Spirit” a standout, the guitars bobbing, weaving, and nosediving in melodic ways – while the longest track “Immortalized” at 4:33 features some deeper musicianship mechanics, a serene transition allowing the feedback and finger slides to set up anticipation for the next parade of doom-like meets stop/start thrash action. Hector Rivera as a singer slices and dices through his words in a crazed Tom Araya-like montage, almost channeling some punk/hardcore aspects against those wild screams and semi-growls. Four songs in less than twelve minutes, Subtype Zero aren’t going to bore the listener, that’s a certainty – the production and artwork matching that underground, raw, in your face nature the music portrays. 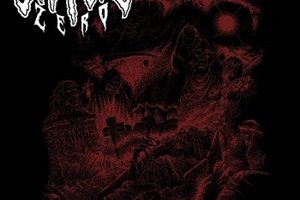