Subterranean Disposition – Contagiuum and the Landscapes of Failure (Hypnotic Dirge/BadMoodMan) 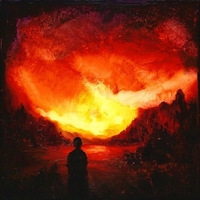 When one thinks of Australian metal, one tends to look towards the more progressive and technical in nature. But bands like Subterranean Disposition continue to lurk in the shadows with their bleak and cold vision of darkness. Four years since their self-titled debut, the band has returned with a new release that does bring a very progressive form of metal, but in this case – its doom metal.

Falling nicely into place with the avant-garde and interesting sound that many Hypnotic Dirge bands bring, Subterranean Disposition is far from your usual doom act. In addition to the usual instrumentation, you can look forward to hearing kemancheh, saxophone, and violin to add to the album’s atmosphere. Of course, it’s all effectively placed into the music – you’ll never get the sensation that something is there, ‘just to be there.’ It’s also rare to find much “straight-doom,” as some death and black metal also permeate the mix, leading to an album that is all about exploration, while keeping that isolationary and brooding doom mentality firmly centered. These are some lengthy songs – outside the 2-minute introduction, the remaining five tracks all exceed the 10-minute mark. This has its ups and downs. On the positive end, it gives the album’s many flavors plenty of opportunity to mix in without being overbearing. But there are times in the tracks where a particular moment seems to overstay its welcome, and some tighter editing may have allowed the songs to blossom more.

Despite the length of the songs, Subterranean Disposition can’t be faulted when it comes to providing a fresh take on doom. The atmosphere of Contagiuum is chilling and sorrowful, as good doom should be, but the angles in which they accomplish them aren’t always the ways you might expect. It’s always better to over-extend your efforts than to have them fall short of your goals.