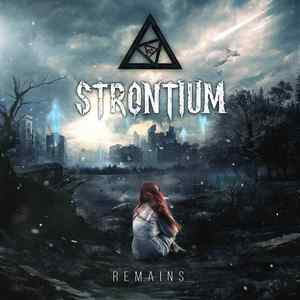 It’s always a joy to find bands that can hit one out of the park with their first release. Russia’s Strontium only has had three singles to their name prior to Remains (of which two songs are featured here), and there’s a large sense of understanding what the gothic metal genre is all about with these 8 tracks. It certainly bodes well for the band’s future.

Tracks on Remains veer between more melodic numbers and some with a bit more heaviness to them. At the more melodic end of the album, songs like the majestic opener “Stormwings” and slightly sullen “Kisses” offer a more ‘commericially-viable’ feel without being overtly so. They are catchy tracks with some ‘heavy but not too heavy’ riffs to bring in metal fans but could still grab some outside ears. Some tracks like “Resentment Like a Torture” and “From the High” use some clean male vocals, which may feel somewhat like Lacuna Coil, but with a more firmly gothic edge to it. Then there are the heavier tracks, such as “Lie, Cry, or Die,” that occasionally crank up the riffs a bit and incorporate some growls to solidify the more gothic atmosphere. Thankfully they don’t use them in each track, and avoid the clichéd beauty and the beast vocals – instead offering tasteful augmentations to songs like “Pour Vous.” That’s where the real beauty lies in Remains – that sense of understanding the inherent darkness in the gothic metal genre, and applying different levels to the tracks, while keeping them cohesive and catchy as a single listen.

Remains is an impressive debut for Strontium, and is something that gothic metal fans should seek out if they are in search of a new and capable act. While it doesn’t have any tricks up its sleeves per say, as a first outing, the strengths lie in their ability to have some varied structures to the songs while keeping them all at a high level. Let’s see where they can take things further from here.