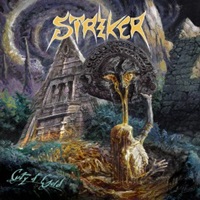 Canada isn’t just well known for the Northern Polar Vortex or their greatness in hockey, but also has a healthy talent pool in the metal kingdom to grab your attention. Edmonton’s Striker began their heavy metal conquests in 2007, releasing two albums in the last 4 years and gaining the chance to tour Europe numerous times. Hoping to deliver the hat trick in third platter City of Gold, they sought out the services of noted producer Fredrik Nordström (Arch Enemy, In Flames, Soilwork) and I certainly believe the band are up for the challenge based on these 11 songs.

Road work can sharpen the musical sword so to speak; you learn what works, what doesn’t, and often energy levels increase depending on the type of tours you take. Based on the guitar salvos and pummeling power double bass on “Underground” and “Crossroads”, I would say the quintet profess an equal appreciation for North American thrash like Overkill and Forbidden just as much as their known traditional and power ways. The way guitarists Chris Seeger and Timothy Brown lay down a dual rhythm foundation and add the appropriate melodic leads for the call to arms “All for One” and Firewind-ish title track anthem will lead many down the path of Vicious Rumors and Racer X.

To me in any sort of melodic oriented genre, all the great riffs and songs from a musical standpoint become meaningless if the singing is sub-par. Fortunate for Striker, the ace in the hole is vocalist Dan Cleary. The man has a clear understanding of personal grit plus soaring lungs to match any riff or type of tempo thrown in his direction. Comparisons will be inevitable, so let me throw out names such as Carl Albert, Rob Halford, and Sebastian Bach on the energetic “Start Again” or the more reflective builder “All I Want”.

In the end City of Gold mines a host of future beer drinking festival anthems in “Rise Up”, the gang charging “Second Attack” or the street level “Mind Control,” and that’s all the classic heavy metal fan desires. I feel Striker has more than a fighting chance to ascend up the touring ladder, and maybe help get old school traditional/power metal back on the map stateside. 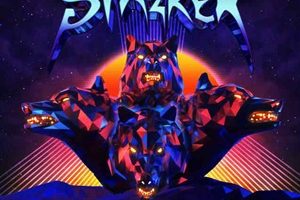