Straight Terror – Between the Lies (Self-Released) 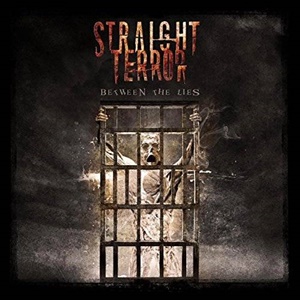 South American metal keeps pumping strong – probably making up for lost time when proper access and exposure were limited due to affordability and adequate gear/recording access. Straight Terror hail from Chile, together since 2012 and releasing two demo EP’s in consecutive subsequent years while dialing in their sound. Between the Lies is the quartet’s debut full-length, showcasing a refined brand of mid-tempo to slightly faster oriented thrash style, steeped in the tradition of numerous acts from the 80’s/90’s scene.

The requisite guitar gallops, drop on a dime transitions, and peppy drum fills keep “As I Claim for Resurrection” and “Inferno” top of mind, much of the riffing from Max Kübler and Alan Lagies resolute from a Bay Area heavy standpoint (think late 80’s/early 90’s Megadeth meets a touch of Death Angel). The short instrumental “Merchant of Agony” gives bassist Javier Menares a chance to express his skills in a thoughtful, atmospheric manner – while closer “Hallowed Destruction” revs up the speed vocally and musically, an adrenaline pumping number that ends the album in ultimate rage ripping glory. Max handles the vocals with a clearer Mille/Kreator-ish delivery, although it has a sadistic warble at times that could be nails on the chalkboard-oriented for some, but sadistically eargasmic to others. It’s not difficult to tell that “Blind Witness” has those Mille-ish throat bombs and screams, the slower instrumental section taking the cut into a little bit more of a progressive direction while some wah wah speed runs put the lead break back in Metallica’s good graces.

For a full-length that clocks in at a most delightful 9 songs and 42 minutes, Between the Lies represents a decent, solid effort that stays within a certain pocket of thrash but rarely deviates into something distinctive or surprising. Which means Straight Terror will find probable appeal in Chile, yet may struggle to sustain impact on a global scale until they stretch their creative wings a bit.