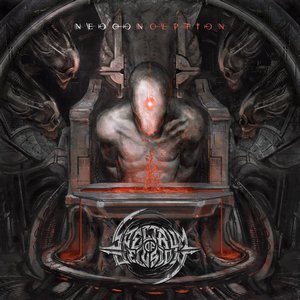 Coming out of the gates hot with their scorching debut Esoteric Entity three years ago, Spectrum of Delusion have gained some favor since. Establishing connections with one of the major players in the tech death game in The Artisan Era, it’s bound to toss them some more credit. Not that Neoconception needs any added validity to justify its playful and strong technical flavors and finesse.

Picking right up where Esoteric Entity left off, Spectrum of Delusion does a couple of things right that many tech-death bands falter on. For starters, the band doesn’t unnecessarily lengthen the songs just to squeeze in more time for proggy indulgences and tech flashiness. Instead, the songs are tight, and packed to the gills with fretless bass (a la Beyond Creation) and glowing prog melodies/tech injections that help move the songs along instead of bloat them. Many tracks are in the 3-4 minute range, and avoid tossing too much in the listeners’ ears at once. The album’s driving concept/story helps with this, giving them a few moments of quiet and reflection along the way to act as a breather too (see the gorgeous “Bringing Serenity” in particular). Despite being able to play the frequently heavy and high-speed tech game, they can still generate material that sounds like songs instead of technical showoff time. “Through Mankind’s True Ambition” glimmers with breakneck instrumentation across the board, but the lively qualities of the riffing and melodies woven in keeps your attention instead of beating it senselessly.

Continuing to build themselves up as a tech death act that is worthy of your attention, Spectrum of Delusion make forward progress with Neoconception. For the fan who enjoys tech death but grows tired of bands trying to simply out-tech each other in the over-the-top department, Spectrum of Delusion offers genuinely enjoyable songwriting and sleek melodies within their particular brand. Something people are bound to pick up on quick. 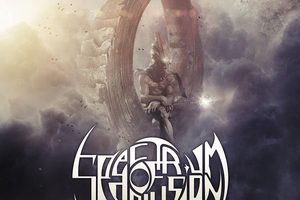