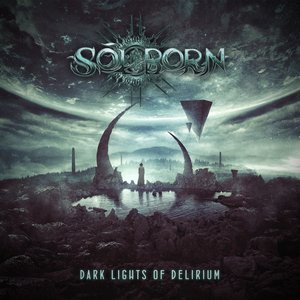 First exposed to this Canadian symphonic metal band two years ago with some excellent singles on Bandcamp, the band almost seemed to vanish a short time later. Due to some line-up changes, including a new bassist in Dylan Mooney and vocalist in McKenna Rae, earlier this year there started to be some rumblings of shows, and Dark Light of Delirium, the band’s first full-length.

Though clearly in the Nightwish/Epica tradition when it comes to symphonic metal, the one thing that really leaves a lasting impact with Sōlborn in 2018 is the cinematic quality of it all. As an up-and-coming band, their level of grandeur and theatrical-leanings can rival that of the larger players in the scene. Some real showstopping stuff hits right from the get-go with “Ad Infinitum,” where the driving tempos and orchestrations match to a tee and feel like nothing short of a call to arms (it’s later matched by the compelling “Voyage to the World’s End”). Outside of “Crestfallen,” which veers towards the dreamier side of things, you can count on plenty of bombast but also some solid riffing. Sōlborn really seem to enjoy the contrast of the orchestral elements with the heavier side of the genre, with songs like “Beast of Oblivion” and “Pale Blue” being a nice, back-to-back source of catchy and upbeat riffing to match the symphonies that back it. There’s a strong sense of balance to the band’s approach, something that isn’t normally captured on a debut.

For fans of symphonic metal, Sōlborn is a new name to get acquainted with. While it sticks to the genre’s aesthetics for the most part, it’s so fantastically well done that they can get a pass this time around due the enormity of their approach. Dark Light of Delirium casts a promising light on the act – let’s hope line-up concerns are a thing of the past so that proper momentum can build.