Sol Negro is such a criminally underrated band. It’s hard to believe they’re from America and not some obscure country in Europe. That’s because the music has that exotic appeal,  that European flavour, part-Spanish, part-Greek perhaps and also British doom touches. It’s designed around Paradise Lost circa Gothic and borrows from the European bands like Opera IX or so it seems, a bit of Depresy and has that dark metal appeal of Moonspell. It’s hard to pigeonhole the sound which is too fast for doom, too heavy for black metal and too much of both for it to be called just dark metal. It’s got elements from all over, mingled brilliantly, to create music with timeless appeal.

The band shines during its romantic, slower moments and not when it’s blasting or getting too fast on Dawn of a New Sun.  It’s during the more melodic moments that shades of dark emotions and longing come to the fore. It’s what made Paradise Lost special. But since Gothic it has lost that charm somewhat and it’s Sol Negro among a few others who were able to encapsulate it and recreate it with a plethora of other sounds. There’s even a cover of a song from Gothic. The more you listen to this album, the more facets reveal themselves. It’s thinking, feeling man’s metal. Albums like these don’t come out very often. It’s a saving grace that Chaos Records decided to release this gem after it was initially overlooked, released some time earlier by another label.

It’s the next best thing to mid-period Septicfllesh. These melodies have memories in them. They can’t be recreated aimlessly. As such this is a sublime album with multiple nuances and can’t be missed. 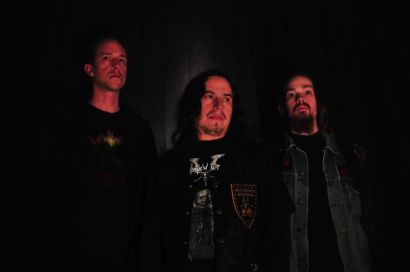 SOL NEGRO To Release “Dawn Of A New Sun”