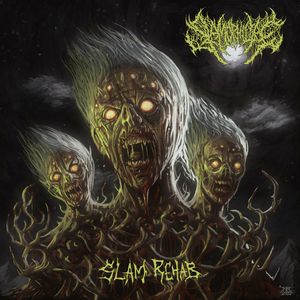 Talk about prolific! It was at the beginning of 2017 that one-man act Slamophiliac released Perihelion. But low and behold, here comes a second full-length for the year, not to mention a split that was done in between to boot. Slam Rehab serves up, well, it doesn’t take much to guess as to what Slamophiliac is dishing out but it’s still enjoyable on some levels.

Death metal of the most brutal sort defines what Slamophiliac is all about. Monolithic slams, blast beats, gurgling vocals are all here and are done in a way that fans of the genre will no doubt approve of. There’s even a bit of Swedish buzz to “Fecal Infection” in case you were missing out on that as well. Imagine brutal, slamming death metal and you have the essence of Slamophiliac. But it’s to Darryn Palmer’s credit that he can make the solo act feel just as massive as any full band in the genre. The material, while subject to a bit of redundancy by nature of the beast, is always firing full-tilt. The grooves are particularly strong, and there’s a very natural flow to each song. None of the usual, ‘let’s just waste time until the next slam’ type thing that can parade itself around in these circles. Instead, the songs roll through speed bursts, groove, slams without a loss of energy or aggression. Pummeling stuff if you are into it.

Slamophiliac are happy to dole out brutal death metal to any in seek of it. Even if it’s their second full offering for 2017, it sounds no less inspired or frantic because of it. While it may end up sounding a bit like what you’d expect to hear from the genre, it’s well done for fans. If that’s not you, Slam Rehab isn’t going to be the album to convince you either. 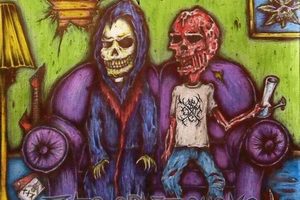 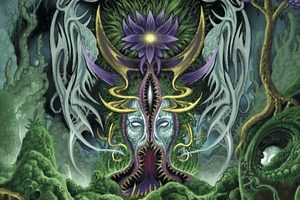