Tuesday, 6th May 2014 By Matthew Bowling

A comparatively under-the-radar release in what is overall been an obscenely stacked year, Swedish black/pagan metal purists Skogen return with another majestic indulgence with I Döden and 58minutes of music that is at times pure, progressive, and every kind of enthralling. Featuring all the staples, the blastbeats, tremolo runs, airy keys, and perpetual rasps, the album is also given to fits of extensive melody and progressive structures. Bouncing between ideas and much akin to a walk across a very ancient wood, I Döden is a release any genre fan would be harming themselves to pass up.

Look across I Döden’s length and you’ll find Swedish titles and frequent trips beyond the seven minute mark but once indulged you’re unlikely to find nary a wasted moment. There are slower paced numbers like “Svartskogen” and “Solarvore” but most everything else often features a variety of paces, bouncing between the mid-paced and often epic-proportioned build ups to indulges in blastathons and ruinous fury. The mix is a pleasant one because even with as wide as the standards of what black metal has become in modern days, I Döden frequently pushes the boundaries of the term.

With the many acoustic asides and frequent indulgences in the serene, I Döden and really, is an experience of a world beyond which man can know. Enormous closer “Sleep” wraps this much in the same way it closes out the album around it, a buildup without haste or remorse, choral cleans awash in a sense of enormity and even adventure. I Döden has released among a certifiable murderer’s row of top tier releases but it does much and more to hold its own and secure all the praise one can offer it. Multifaceted and often gorgeous, this is one of the utmost unknown winners of the year. 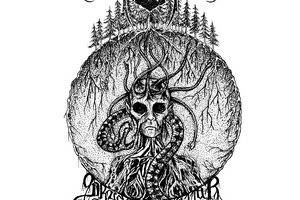