Sisters of… – The Serpent, the Angel, the Adversary (Crowquill Records) 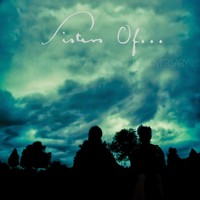 At the end of that ellipsis…who knows? Could be…anything, really. Maybe… “Mercy,” which would be cool, but trademark infringement. Probably not a good idea. But Missouri’s Sisters of… shouldn’t have to worry about such things, them being the product of Reggie and the Full Effect drummer Aaron Coker, and multi-instrumentalist Chris Clark. The band is primarily all-instrumental, although pangs of vocal shrieks pop up on the album’s first song, “The Serpent.” And as one could expect, an all-instrumental band usually veers right into “post” territory, which Sisters of…ably does.

The follow-up to 2013’s Follow Me As a Ghost EP, The Serpent, the Angel, the Adversary, is defined largely by its excellent use of space and regularly volleying in the quiet-loud dynamic spectrum. But unlike a lot of post-metal bands doing the instrumental thing, Sisters of… may have a little more girth in the riff department, something that’s noticeable on “The Angel.” Elsewhere, the band’s melodic grip is evident on “Germana Cele,” where tumbling drums match up with lovely Anathema (classic period, of course), guitar swells for what is the album’s standout track. The seven-minute “Annaliese,” along with the lush “Leva in Mare” round out the track listing.

Excellent flow, along with an instantly likeable grasp of the post-metal template, Sisters of… figures to be a sleeper band for 2015 when it comes to atmospheric metal of this sort. And yeah, they’re right in the wheelhouse of all the familiar names, whether it be Cult of Luna, Isis, Neurosis, Pelican…just go down the line and Sisters of… can easily hang based on the strength of The Serpent, the Angel, the Adversary.