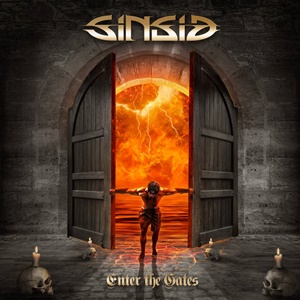 Previously less than impressed with Mission from Hell the debut album from Norway traditional metal act Sinsid, this scribe is always willing to give bands multiple chances. Hence we have the follow-up album in Enter the Gates, featuring nine more songs (plus a short “Rise of Fury” album intro) that continue the band’s quest to deliver old school heavy metal with glory. Containing a mixture of bluesy-oriented riffs striding with mid-tempo power and steady, pounding drum/bass support, this is the type of metal that resonates well for fans of Grave Digger, Manowar, and others in that mold – mixing up epic atmosphere and anthem-like templates, where choruses rejoice in unison acclaim to withstand any march into battle.

Most will throw the devil horns high to the sky and chant along to the lines of ‘fire’ within early favorite “Fighting with Fire” – while the follow-up “Hail to the Gods” has notable Viking-like qualities in terms of the subject matter and subsequent power chord/plodding tempo, ensuring Sinsid’s commitment to branching out when possible through their diverse influences. Additional acoustic guitar and swirling sea support in places allows the listener to feel different dynamic textures – and it’s great when the band chooses to pick up the pace a little and throw in some Judas Priest-like rhythms as appear in closer “Freedom of the Sea”. Once again though, the struggle to fully recommend Enter the Gates to a wider array of metal legions lies in the stunted vocal range of Terje S. Sidhu. He chooses to be a little throaty during certain songs, and when he rises above mid-range you can hear a bit of his warble – even when the rhythm section provides some killer foundational work for “666”, his delivery during the verses can be quite monotone and flat.

Growing up on the 80’s classics from Iron Maiden, Accept, Saxon, and Manowar – Sinsid make a valiant attempt to come up with some future memorable moments of their own. Unfortunately Enter the Gates fails to deliver above average riffing or vocal support to even be invited to the guest table for a feast with those veteran acts. 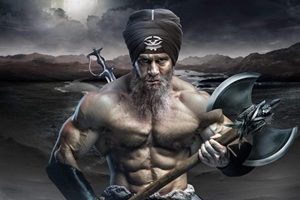