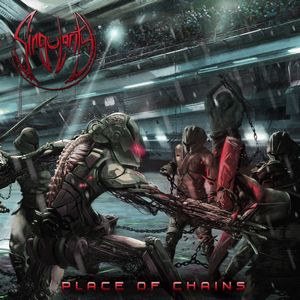 Having made a step up for themselves from their 2014 self-titled debut to their 2016 Void Walker EP, where Singularity went from there would certainly have some extreme metal fans’ interest piqued. Three years later, they’ve now aligned themselves with tech-death label-wizards The Artisan Era and have gotten their second full-length together. Suffice to say, it easily topples their previous releases.

The symphonic death/black metal scene is one that takes some tricky maneuvering to get it right, and when adding in some technical aspects, it becomes even more so. It’s also something that Singularity have gotten stronger at with each release, and Place of Chains should impress in this manner. First off, despite the tech-associations, they never steer the boat too far into ridiculousness. It’s tastefully employed, and functions as only one of the components in the band’s toolbox. The leaning towards black metal allows them to inject some more melodic hooks to accompany the excellent and cinematic (in a sci-fi way) synths. Rolling grooves are given some added majesty with the synths (see “As Dark As This Nefarious Night”), and the cohesion between the symphonic elements and metallic pieces make for a strong pairing. They can rip through some frantic moments, but balance it out with melodies and atmosphere to ensure that it stays memorable long after listening to it. There’s a great sense of control and understanding how the parts come together that really sets Singularity up for greatness as they continue forward.

Much like the excellent cover art, Place of Chains delivers a sci-fi symphonic experience that should get extreme fans hooked. Those who have missed out on the band’s previous material will find this to be a great jumping-in point while others will be quick to acknowledge the band’s jump in their writing. A fun piece of tech death. 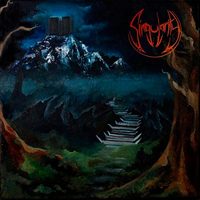