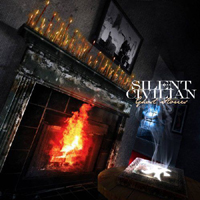 No matter how hard one tries, you can’t outrun your nu metal past, just ask Devildriver’s Dez Farfara and Silent Civilian’s Johnny Santos. The stigma placed on both bands probably prevents them from being more than what they could be, although it’s quite obvious the two bands pale in comparison to real metal bands who were doing it from the beginning, not because their once-popular cash cow dried up. Seriously, how can you not think of “Loco” when seeing Devildriver or how awful Spineshank were while listening to Silent Civilian?

Anyway, Ghost Stories is the second effort from Santos and Silent Civilian, continuing in the thrashy metalcore vein of their first album, Rebirth of the Temple. Much to Blistering’s mini-amazement, Ghost Stories isn’t a total wash; in fact, there’s about a half-dozen cool, effective, memorable riffs here. Nothing world-beating, just riffs that are energetic and melodic, which help distract from Santos’s annoying croon.

Songs of note include “Victim of Fate,” the groove-laden “The Phoenix” (lovely guitar tone, by the way), “Sustenance” (because we all love food), and “Last One Standing” which melds the aforementioned melodic guitar-action with some well-placed solos. Beware of Santos’s clean vocals, as they are the main deterrent here, sullying songs such as “Ghost Stories” and “Cast the First Stone.” Outside of that, Ghost Stories is above-average fare.

It’s hard to judge the validity of a band like Silent Civilian considering the parties involved, but we could be looking too much into it. Pantera did start as a glam metal band, after all. Nevertheless, Ghost Stories shouldn’t be written off because of a certain member’s past and should be seen for what it is: A better-than-normal, well-executed melodic metalcore/thrash album. Strange that we never heard “better-than-normal” when discussing Spineshank. Moving on up, Santos!