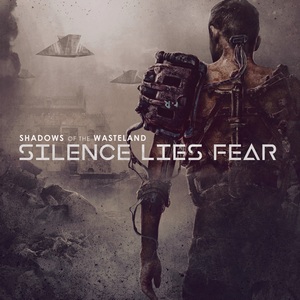 Silence Lies Fear’s second album, Future: The Return, was an unexpected melodic death metal treat. It walked in line with many of the ‘greats’ of the genre, while maintaining a heavy edge that some bands have all but forgotten about. Pleasantly, Shadows of the Wasteland sounds even heavier, but keeping those gorgeous melodies completely intact.

Embracing a slightly more technical approach for Shadows of the Wasteland, it goes hand in hand with a visceral experience. Most melodic death metal bands are quick to jump into more ‘catchy/poppy’ territory, and it’s refreshing to see that Silence Lies Fear veer in the opposite direction to deliver an experience that is completely locked into the ‘death’ side of the equation. Some blazing speeds and thundering blastbeats are par for the course, giving a frenetic energy that is enhanced by some rather strong musicianship and intriguing riff structures. The opening salvo of “Hypernova” wastes no time introducing this, but it also demonstrates the strength of their synth augmentation. Ripping melodies and pounding drums are given a bit more elegance with some tasteful keys that avoid being too dominant in the mix, yet really enrich the experience. While we are on the subject of some of the softer side of the band, a few tracks use some sparse female vocals (“Shores of Time” and “Gravity” for instance) as with their last album, and they are just as effective in setting the mood and providing some contrast from the more brutal moments.

What makes Shadows of the Wasteland such an addictive release is how everything is brought together in the end. Stunning melodies and solos seem to await around each corner, happily sharing space with more brutal riffs and frantic pacing and both sides of the equation getting just enough synth to wrap it all together. A joyously melodic yet aggressive album that hoists Silence Lies Fear into a position that anyone with the slightest interest in death metal should become immediately aware of. Few can pull this off with the tenacity and genuine emotion necessary in this field. 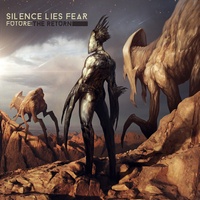