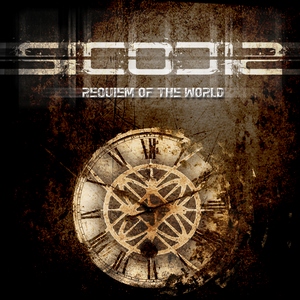 Not wanting to be boxed in or feeling redundant, many bands have opted for a more multi-genre approach. Things like melodic death metal, thrash, and power metal share some frequent similarities and often make for good bedfellows when deciding to merge ideas. It’s these concepts that the Nevada-based SicociS (fun palindrome!) have sought to blend on their new album, Requiem of the World.

Often it’s a matter of how the three components are blended that make all of the difference in terms of designing your sound, and SicociS come out with a modern sound that still has appeal to an older crowd as well. Melodeath and thrashy riffs give the band some weight behind the music, with some more progressive and catchy leadwork to branch things out further. Keys bring some further atmosphere and occasional darker vibes to the band, with “Warships Omerta” really shining in how they can bring all of these vibes into something that’s both cohesive and captivating. “We Shall Rise” also highlights this ability, pushing the thrashy vibes together with moments of more power metal-styled material. The band also stands well when focusing on the more melodic aspects, with “With Open Eyes” seeing the band slow things down with some mid-tempo anthemic material. Two small headscratchers give the album a minimal knock, with opener “Beyond the Quantum Waves” using some odd echo in the cleans that threw this scribe for a loop, while there are three instrumentals that only serve to slow down the built-up momentum at the midway point of the album.

Small misgivings aside, SicociS do have an interesting mix of sounds on Requiem of the World. There’s some real potential to their genre-mashing as they continue to refine and adjust their sound going forward.