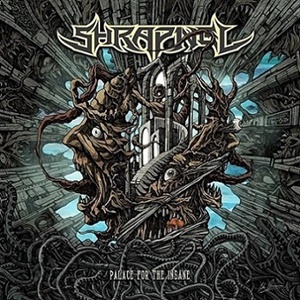 British thrashers Shrapnel have been through a bit of a lineup shuffle in the interim between records. Paring down to a quartet, they’ve replaced a bassist and vocalist to combine them into one with Aaran Jacky Tucker taking over – ensuring that this third album Palace for the Insane will probably be carefully studied to hear if these musicians gel well in the art and craft of songwriting/performances, or have lost the plot so to speak. After a few spins of these twelve songs, it seems like this could be a case of a transitional record with the occasional killer hook and complimentary riffing that steers the energy in a certain direction – but struggles to capture anything special or retainable long-term.

As guitarists Chris Martin and Nathan Sadd lay down some solid rhythms and complimentary lead work that isn’t a flurry of notes without purpose – check out the mid-tempo shuffles and transitions for “Salt the Earth” as an early example that can cause circular neck-whipping fury. Gang vocals punctuate key phrases throughout the songs, plus there’s a back and forth element between the normal barking/forceful voice of Aaran and the punchy musical parts with occasional melodic supplementation – bringing to mind classic Anthrax or Exodus during “Vultures Circle”, the pace during the back half of the arrangement sure to promote walls of death or stage launches everywhere. Piano strains and sea sounds set up the doomier “Begin Again”, a left-field outing with darker, Black Sabbath meets Metallica-like riffs and clean harmony aspects that break up the thrash overtones as well as an unexpected bass spotlight for Aaran while the guitars go into distant atmospheric mode. Those who wants heads down blistering thrash fear not – “Bury Me Alive” and “Infernal Choir” move the needle in that direction adequately, while those who love a bit more of the subtle push of musicianship enhancement may enjoy the gallops and twists that make the closing title cut worthy of investigation – including some nifty quick hitting lead breaks that rival older Forbidden.

The struggle this scribe has with full recommendation comes down to the lackluster main melodies of Aaran and the delving into more simplified, groove-oriented thrash riffs compared to the previous Raised on Decay record. These guys possess obvious abilities at their instruments, can write some strong riffs and align some interesting transitions – but it just doesn’t retain enough musical chemistry and flow compared to their influences – or even some of the second wave leaders like Warbringer and Havok. Time will tell if Shrapnel has done enough to keep or raise their following – to these ears though, Palace for the Insane won’t put them much above mid-level card ranks in the genre. 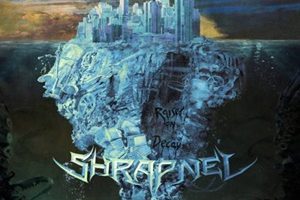 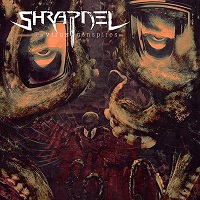 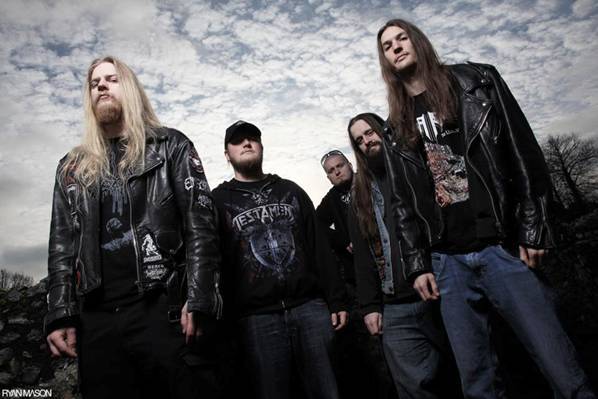