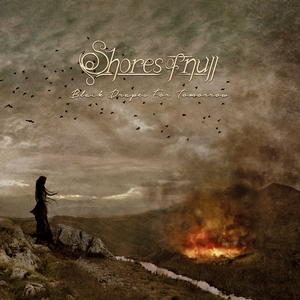 When you hit a formula that’s undeniably your own, there’s no need to abandon it just for the sake of “advancement.” Instead Shores of Null do the logical thing and simply fine-tune what worked for Quiescence and take it to the next level. The band’s blend of doom, death, black, rock, and beyond still completely engrossing upon the second that “Donau” hits the starting line. That yearning and melancholic vibe stays strong, while maintaining an absurdly catchy feeling with each track. Penultimate song, “The Kolyma Route” personifies this entirely, with some immediately hook-y riffs opening things up but gradually integrates a more sorrow-filled feeling in the later half and comes to a gloomy finale. Some tweaking to the formula allows for some heavier moments, like some deathly segments of “We Ain’t Ashes” or more black-ish vibes of “House of Cries.” Regardless of the components that make up a track, the songwriting gives it a sleek melodic sensibility that is both immediate with hooks but long-lasting in depth. The importance of vocalist David Straccione can’t be understated either, particularly his unique clean vocal delivery (still with a tinge of Layne Staley) elevating tracks like “Carry On, My Tiny Hope” to an entirely new playing field with his charisma and conviction.