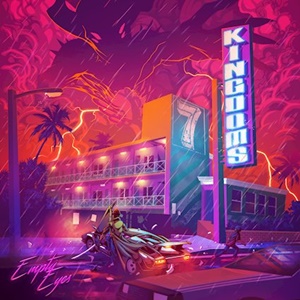 Continuing to use crowdfunding means to put out consistent work, Florida’s Seven Kingdoms return with their latest EP Empty Eyes. Featuring a very flashy image makeover that has a lot of video game/ 80’s street cred, it’s not as if the band’s power metal penchant has taken a big, wide left-hand turn. They know how to create solid, catchy songs with high octane hooks and melodies – and this time around they deliver four originals plus a killer 70’s classic cover to round out the proceedings. If anything, the quintet decides to expand a bit of their melodic hard rock horizons to showcase outer layers to add context to what they can deliver effort to effort.

Computerized/ keyboard effects for instance give the opening title track more of that 80’s synthwave vibe, the guitars and drumming very spacious and groove-oriented but in a laid-back context, vocalist Sabrina Cruz layering her main vocals with some harmonic background support. Those who love twin guitar interplay and lower octane action will dig the follow up “Monster”, as the subsequent offering “The Water Dance” gets back into that Iced Earth meets Blind Guardian guitar heroics, providing plenty of jumpy double kick/snare proclivities, the chorus once again arena-ready as Sabrina shines in her upper register glory. An atmospheric buildup instrumentally signals the start of “Valonquar”, the most diverse track on display that gives me visions of older Rainbow and Black Sabbath, a ballad that sounds ‘epic’ even in it’s standard 4:25 timeframe where the bluesy melodies meld brilliantly against the darker musical traits. Reaching back into the Heart catalog for “Barracuda” – the peppy drumming and heavier guitar/bass tones make this a Seven Kingdoms winner and should appease those who love this classic track.

Once again spending the necessary money to achieve a stellar production through Morrisound Studios, the purple visions cascading through the cover illustration give off a Florida vibe as well. Empty Eyes whets the appetite for more Seven Kingdoms material and proves why they continue to be one of the strongest melodic power metal bands from the US. 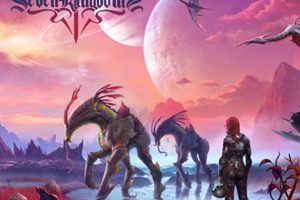 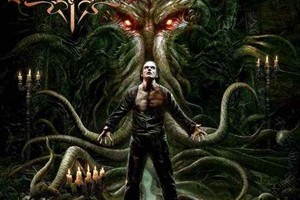 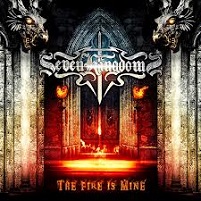