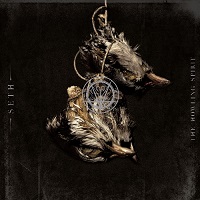 These days, a once-inactive black metal band rejoining the metal fray is heck of a lot more interesting than a death metal band doing the same thing. This dead horse we continue to beat is tiresome for sure, yet it also impacts the way other extreme metal bands make their return. As in, “Wow, cult black metal band XXX is back…let’s get excited about it.” Whereas, “Man, another vintage death metal band is making a comeback. Bring out the yawn-brigade.” This applies for French black metallers Seth, who are back after a nine-year layoff with The Howling Spirit. Let’s get pumped!

Without what one could call a classic release to their name, Seth (who always make this scribe think of one-trick-pony actor Seth Rogan) play the straight-man in comparison to their countrymen’s outlandish antics. The Howling Spirit is hardly straightforward, but it doesn’t muck it up in maniacal-land ala Deathspell Omega or Blut Aus Nord, so the whittled-down grind of opener “In Aching Agony” or the brutish lancing of “One Ear to the Earth, One Eye on Heaven” are more tactical than they are obtuse.

Nevertheless, there’s just cause for dynamics on “Killing My Eyes,” as pallid guitar bits make for a bleak listen, while the classical guitar heard on “Howling Prayers (Act I and II)” justify Seth’s attempts at crossing over from the traditional black metal side of the world. Let us not forget the relatively modern and clean production job, which aids in the exploratory trip to the below on “Dicing with Death,” which sounds much cooler than “Dancing with Death.” How does one “dice” with “death?” With a sharp knife?

Commentary aside, The Howling Spirit is a strong reentry into the world of black metal for Seth. It’s not like anyone was pacing the floor waiting for these guys to come back, but given the manner in which black metal tends to caress its veteran acts, Seth should be sitting comfortably in no time. 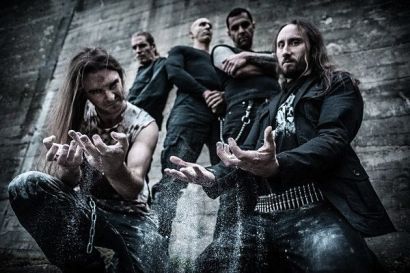 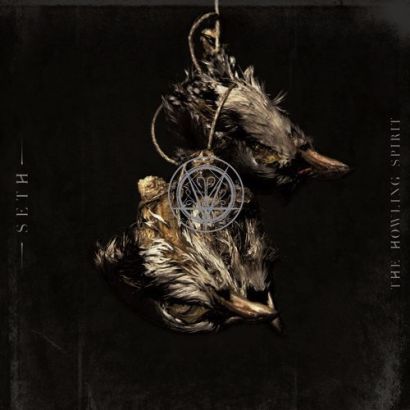