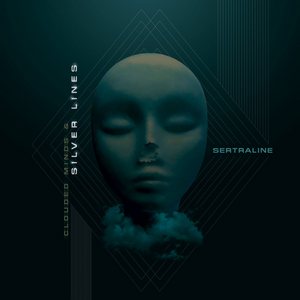 Falling into the ever-expanding well of progressive metal, Sertraline find themselves in a unique position with their latest EP, Clouded Minds & Silver Lines. This is a positive aspect, as a few listens to the band should inform people that they have a sound that’s tough to really put into boxes. They can play intricate, progressive riffs that will please that quadrant of folks, but they can also bring both heaviness and melody to the table as well. In short, Clouded Minds & Silver Lines impresses.

With a focus on groove-laden riffs, dreamy melodies, and moments of ferocity, Sertraline have a lot of potential ground that they can cover. “Mean to Me II” carefullly swerves between explosive blast beats, catchy mid-tempo grooves and proggy riffs, and soaring melodies that keep the listener on their toes for its entire runtime. Of the five songs on the EP, there is movement between the heavier and more melodic aspects, with individual tracks swinging usually one way or the other in terms of their direction – while maintaining a sense of balance. “Screaming for Sleep” has some of the most melodic feelings of the album, with a poppy chorus laid atop of churning grooves and airy guitar melodies – yet the band instantly snaps back into heavier territory with an impressive breakdown that could rival most deathcore acts. “2205” drives and grooves through much of its runtime with playful melodies laced throughout and a standout solo towards the track’s finish line. Lizzie Parry deserves some credit as well, frequently shifting her vocals from snarls to growls to melodic singing at the drop of a hat, helping to enhance the mood of the tracks and elevate them to a new level (see the acrobatic stuff in “Isolation” as an example).

Hard-pressed to come up with much to critique with Clouded Minds & Silver Lines besides it only lasting 20-minutes. It can bring in heavy and intricate grooves, moments of abrasion and energy, and enough melody to stick in your head for days. Sertraline have established a formula that should cast a wide potential net of intrigued fans in the near future.