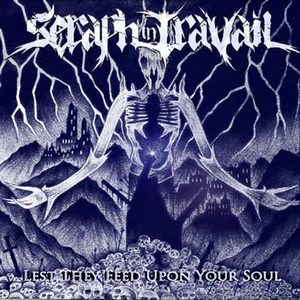 Seraph in Travail navigated through the sometimes tricky waters of symphonic black/death metal with ease on their 2015 debut, Bring Forth Death. They upped the ante the following year with a more polished sounding remix/remaster of said album, but Lest They Feed Upon Your Soul marks the true return of the Philadelphia, PA-based act. In the last four years, the band has done nothing but improve upon their sound.

Bring Forth Death worked because it tactfully employed symphonic elements into what was otherwise a brutal death and black metal mixture. A few songs experimented more with melodies than others, and some tasteful clean vocals surfaced from time to time, but they kept the heavy part of the genre intact while dishing out some aggression. Lest They Feed Upon Your Soul takes all of the elements that worked from that album and brings things up a notch. It’s clear from the opener, “At the Stormed Shore of Heaven,” that more melodies are going to be introduced (complete with more clean vocals) but it still doesn’t interfere with the energetic mix of storming blasts and dark riffing. The contrast actually serves the songs better, as they tend to fall into the 6-7 minute mark for most of them, and these melodies – be they from instrumentation or synth – give the songs something to fall back on instead of just hammering away brutality. The synths bring an epic feeling to the tracks, and the riffs give it more of a sweeping and potent tone. “Temptress Suicide” has some of the album’s most massive riffs, and the shift into more melodic territory later in the track helps keep it moving ahead. Later in the album, “A Fragrant Corpse Carriaged” has that same feeling to it, except with even more deadly melodies weaved in.

Of course there are some familiar elements in Seraph in Travail’s design, but the songwriting is so focused that it’s hard to do anything but enjoy the music in the moment. The heavy/melodic contrasts suit the band’s approach, and there’s not too many that keep such a balance in this type of music without swinging too far in one direction or the other. Hopefully this album gives Seraph in Travail the ammo needed to break out of the underground. 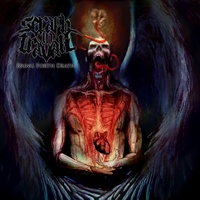