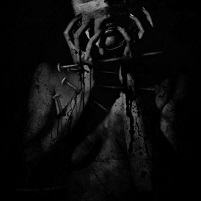 Separatist is a now-defunct tech/deathcore band from Tasmania with a pretty interesting back-story.  Back in 2008, they released The Motionless Apocalypse and went into the studio following some time thereafter to record the follow-up.  Long story short, the band recorded almost the entire thing only to have the computer hard drive and back up drive completely fail.  Not wanting to go through the entire process, the band called it quits back in 2011.  Member Sam Dishington (Disho), having these songs sitting on Guitar Pro, decided to go back and follow through with the re-recording of these tracks himself, and Closure is the result (he also re-recorded The Motionless Apocalypse during this time as well under the title Motionless).

Not being exposed to the original album, The Motionless Apocalypse, and only hearing Closure’s companion album, Motionless, the band was heading in a solid direction with their sophomore effort.  With a schizophrenic sound that frequently draws lines between  technical death metal, deathcore, black metal, and some almost industrial atmosphere at times, Closure is not for the faint of heart.  Unintelligible gutteral roars dominate the mix (and only a sprinkling of some so/so clean vocals), utilizing a pacing that shifts quickly from full-speed technicality to crushing breakdowns (and thankfully much less cliché than most in deathcore), and programmed drums eager to fire away at full throttle.  There are a few moments that allow the listener some reflective atmosphere (such as around the four minute mark of “Closure”) that nicely change up the otherwise breakneck pacing.  These moments are more often found on the album’s lengthier tracks (“Monuments” also standouts out in this regard), leaving the shorter songs to function as more standard, visceral offerings.

Separatist were clearly moving towards something intriguing with the lengthier tracks on Closure.  It’s too bad we’ll never know what would have happened next.  However, the best part about Closure and Motionless is that both are available at no charge through Separatist’s Bandcamp page, though all paid donations will be given to the A21 Campaign to support the war against human trafficking/sex slavery.