Selene – The Ravages of Time (Self-Released) 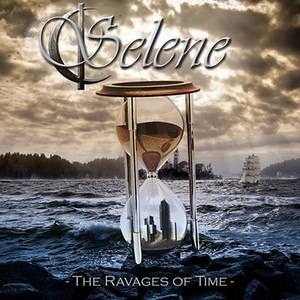 While Ireland may not flex the same metallic muscles as some other countries in near proximity, they’ve still managed to produce some gems over the years. The latest Irish offering on the chopping block is that of Selene, a symphonic metal act that nestles itself comfortably in the usual influences on their second album, The Ravages of Time. The problem is that it’s simply plagued by production issues.

While you can probably identify the band’s greatest influences, we’ll spell them out: Nightwish and Within Temptation. Surprised? Probably not, and nor will you be surprised when you hear the first notes of “New Era.” It’s the classic pattern, though one can say that Selene’s formula does avoid any of the poppier turns that both acts have engaged in starting in their later years. There’s a number of bands that capitalize on this sound, so it’s not really an entirely damning issue if they have the writing chops and energy to back it up.

This brings up the biggest thing that The Ravages of Time has working against it, which is that of the production. It’s simply muddled and inconsistent. The vocals are sometimes higher in the mix on some songs, and not as high on others. But more paramount is how flat the whole thing sounds. It feels like they are attempting a more epic sound than what comes across the speakers. The guitars lack the necessary energy (even for this particular style) and the synths never seem to get as far off the ground as they should. It unfortunately renders the album bland and uneventful, even on some of the more guitar-oriented tracks (“If Tomorrow Never Came”). Which gives little compelling reason to return to the album.

Hearing an album like The Ravages of Time is disappointing. You can hear the makings of something stronger in the background, but it’s so stifled by the production that it never gets the opportunity to shine. Perhaps they’ll get a more fair shake next time with a stronger production behind them.