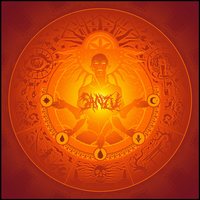 It’s amazing how often a band description can be so misleading and inaccurate. While trying to appeal to the most people, band’s often cite a multitude of “sounds like” comparisons. However, Sanzu uses only two bands to explain their sound: Morbid Angel and Gojira. It sounds like a great mix, and the comparison is spot-on. If you like either of these bands, you are going to dig Sanzu.

A champion for “truth in advertising,” Painless takes the riffing structure and groove of Gojira and applies the somewhat dirty and heavy approach of Morbid Angel to it. It’s not exactly quite that simple, as Sanzu does have a few more subtle tricks up their sleeve to make sure you understand they didn’t just slap those two bands together to create themselves together. However, you can really hear the Gojira riffing influence in “For All” with the lurching, Domination-era Morbid Angel slithering its way out of your speakers. Yet, there’s a more progressive angle that pops up towards the end of the track, with some intriguing atmospheres around the 4 minute mark. The more sluggish tempo of “Defamer” allows the riffs to really sink in and show their teeth, and “Variant Red” features some of the more neckbreaking moments on the album. “Lunar Crush” closes things out with a bit more old school death metal influence seeping in, before more modern grooves and rhythms close out the disc.

As their debut album, certainly more of the influences are going to shine through as they begin to develop their own “sound.” The backbone of Painless is a strong one, combining the old with the new in such a way that doesn’t disservice either. Sanzu should be a name to watch in the future given the strength of this initial offering. 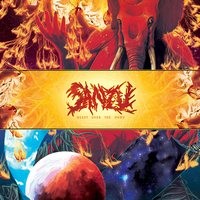