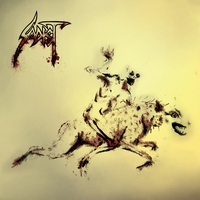 Italy’s Sadist has been towing the metal line for many years at this point. The band had three very solid death metal releases during the ‘90s (this scribe’s first encounter was with 1997’s excellent Crust). But then something happened. The band took an experiment a bit too far (2000’s Lego) with modern/nu-metal-ish tendencies and vanished thereafter. They returned with a self-titled affair back in 2007 and then followed it up with 2010’s Season in Silence. Both albums hit their marks, but didn’t seem to match their earlier output.

On the other hand, Hyaena feels like the band is once again quite comfortable being themselves. Their jazz-infused death metal (yes, pick your ‘90s staple comparison: Pestilence, Atheist, or Death) feels jazzier than ever, there’s plenty of tribal influence (“Eternal Enemies”), and vocalist Travis Nadir’s unique stylings continue to work in the band’s favor. To hit this again, there’s a ton of jazz influences abound from start to finish. In some moments, it almost feels more jazz than metal (“Gadawan Kura”). There’s a very liberal dose of keyboards as well, sometimes more prevalent than one might expect (“Bouki”) but again, the band makes it their own. There’s an intriguing aspect to the progressive/jazz/fusion parts to Sadist’s sound, where it melds things together in a much more cohesive state than their peers. It never feels too overboard and things work in the song’s best interest.

If there’s one negative to discuss, it’s the very weak sound of the drums. The way that they’ve been recorded into the mix will take some getting used to, and it does hold the album back a little bit. But given the exceptional writing ability that Hyaena has been injected with, it’s easy to look past this as you get into the meat of the album. Strongly progressive material that still manages to tie everything together – that’s worth the price of admission right there.