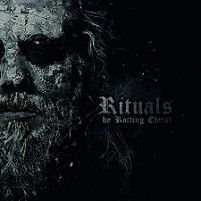 A common reel-in before an album is released is to advance stream its best song. Any label worth its salt can plough through an LP and determine which track is best suited to be heard first by the masses; this is nothing new. However, it creates unrealistic expectations, as in the case of Rotting Christ and their new Rituals album. The fine folks at Season of Mist saw fit to stream “Elthe Kyrie” first, and seriously, it might be RC’s best song ever. And this is in a career with countless mesmeric, melodic, occasionally exotic cuts, and already “Elthe Kyrie” was better than them all. Talk about setting an album up, eh? Unfortunately, the rest of Rituals doesn’t quite stack up…

The band’s 11th album to date, Rituals, like most of Rotting Christ’s most recent output, hovers on the periphery of being too far off the beaten path for its own good. Their riff sensibilities appeared to have straightened out, no longer bound to luscious melodies or throttling speed-picking. Instead, main dude Sakis Tolis builds songs around a litany of vocal passages ranging from tribal (“Apage Satana”) to spoken-word (“Les Litanies De Satan (Fleurs du mal)”). Such variations in the vocal department are now the band’s MO, although neither of these songs quite lend to the balance and allure that was their calling card not too long ago.

Of course, “Elthe Kyrie” is just fantastic. Highlighted by the bezerk female vocals of Danai Katsameni, “Elthe Kyrie” is as exciting and momentous of a song you’ll hear this year (probably). A shame that Rotting Christ couldn’t quite back it up, although it was cool to hear Paradise Lost/Bloodbath master throat Nick Holmes help out on “A Voice Like Thunder.” So as uneven as Rituals is, Rotting Christ still manages to pack the same sort of intrigue and fascination that has long followed their career…one-song domination and all. 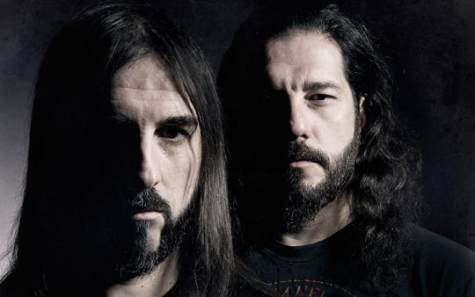