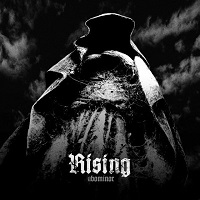 Nestled precariously between punk, Motorhead-inspired speed, and blackened sludge, RISING’s sophomore LP retains the dense, moderately lo-fi production of their debut, To Solemn Ash, but offers a punchier delivery that is both immensely gratifying and indicative of sonic evolution. The aggression herein is palpable, the melancholy intoxicating, and the end result quite effective.

If Lemmy Kilmister hailed from Denmark, he would be writing songs in the same vein as the album opener, “The Disdain,” a textbook black ’n’ roll number that exudes hard rock bravado drenched in the familiar tones of Nordic darkness, infusing the relentless drive with dissonant chord structures and mournful melodies. But these Danes don’t simply settle for being Scandinavia’s answer to Motorhead, instead opting to experiment with new influences heretofore unheard, namely punk. “Reproach” and “Suffering Nameless” bear a distinctive punk rock swagger and tonality, and Jacob Krogholt’s guitar solo in “The Malice,” largely incoherent as the notes meld into one another and vanish amid the track’s feedback-heavy production, further embodies that first-take, DIY ethic that endears punk to so many. Fans of To Solemn Ash need not worry, though, as songs like “Vengeance is Timeless” and “Gaunt” show RISING is not quite out of its sludge phase.

The latter half of the record, while quite good, levels out a bit and doesn’t possess the same must-listen dynamism as the first half, so listeners may be a bit more selective with these tracks, although “Gaunt” pulls up the nose at the end and concludes the album on a strong note. This is one minor flaw in an otherwise unique, exciting, and superior follow-up record from a band to keep watch of.

The great lamentable fact of this album, though, is that it could be the band’s performance zenith, as creative differences have led this incarnation to split ways. Krogholt will continue as the primary composer with new bandmates, but it will be difficult to fill the void of Jacob Johansen’s punk sensibilities behind the kit and Henrik Hald’s gritty Jaz Coleman–ish vocals, which give Abominor its character. Let’s hope he is up to the task. 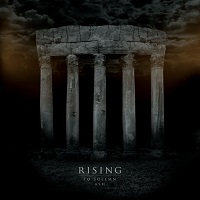