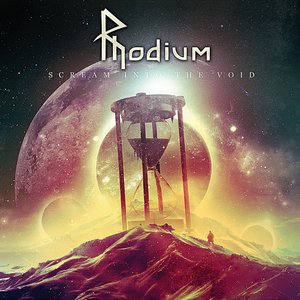 What’s awesome about the global metal scene today is the ability to reach out and literally touch someone when in need of the best musicians to execute your ideas. Case in point – the following Greek power/progressive metal act Rhodium. Beginning last year through guitarist Loukas Wolv Antoniou, the quintet features Terra Incognita singer Billy Vass, who happens to reside in New York. Why limit yourself to your home base if you need that proper professionalism and voice to make those melodies as majestic as the music on display? Their debut album Scream into the Void contains ten tracks that weave in and out elements of power, progressive, and traditional metal that are rather catchy and use occasional modern overtones to distinguish themselves from the pack.

For every song that can be adventurous and showcase the intricate technical prowess the musicians possess, you occasionally need that straightforward power anthem that an audience can latch onto with immediacy. “Lucid Dream” is that track for the record – the main riff, slower dual guitar harmonies, and Billy’s lower register chorus sit in that 80’s Scorpions meets Iced Earth pocket. Because it’s easy to hear during “Unjust Slaughter” and the title track a natural love for uplifting power/progressive riffs that stir the soul, allowing for soaring vocals and exciting transitions that bring up Crimson Glory, Queensrÿche and even 90’s artists like Paradise Lost during some of the more gothic-tinged verse passages. Loukas and fellow guitarist George Theofilas lay down a thick rhythm guitar foundation, offering plenty of point/counterpoint aspects and fluid lead break action that builds upon each song’s unique characteristics – the headbanging “A Memory of Light” a perfect example between some of the Iced Earth/Annihilator-like aspects against some shapeshifting progressive action while Billy once again flexes his natural upper echelon falsetto melodies. Securing an outside lyricist with Loukas in Aspa Feanor ensures the personal experience and profound emotional themes gain cohesive connections for the listeners – which can be difficult for many foreign bands to convey in English.

Rhodium are a melodic power metal band that use their natural skillsets of dramatic flair and tension plus occasional progressive/gothic nuances to create an intriguing as well as fairly instantaneous release – especially for regular followers of these genres. 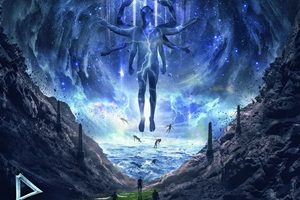