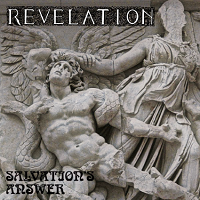 One of the first releases from the Rise Above Records stable (wonder what Lee Dorrian would say if you told him his label would last 25 years and counting…), Revelation’s 1991 album Salvation’s Answer is being brought back for another ‘trek via Shadow Kingdom Records. The band – who have remained active since their 1986 formation – play on this album, at least, a purebred form of doom, where the riffs align with straight-metal, the vocals have a less-delirious Ozzy howl, and the jams can occasionally stroll along for too long. Basically, they’re a snug fit between Solitude Aeturnus and St. Vitus.

Production values are of questionable nature, engaging in the reverb-soaked, clunky snare sound that bungled up a lot of albums around this period. However, like most reissues shot through the Shadow Kingdom filter, these sound of Salvation’s Answer is part of its charm, allowing slow-churned riffs and plodding tempos to have their intended effect. Certainly the band is better off getting their songs taken care of in a faster method than heard on opener “Lost Innocence” and the title track, with the lumbering “Infinite Nothingness” and Sabotage-ready “Long After Midnight” emerging as the album’s two most enjoyable cuts.

The vocals of John Brenner may take some getting used to; he’s a hair on the nasal side, often staying away from traditional banshee wails, let alone harmonizing himself. But circling back to the original premise of Salvation’s Answer: It’s an odd duck in the early 90’s doom scene, and worthy of some merit based upon the fact that first Lee Dorrian gave it a chance, and now Shadow Kingdom Records. Amazing what one will uncover with some digging… 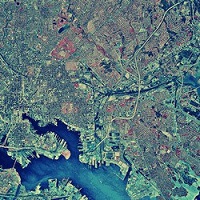