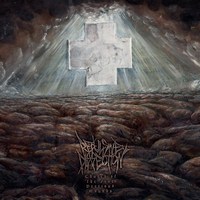 Sevared Records – a label known for their brutal death metal acts, have managed to pull a gem out of their hats on more than one occasion. With much of the slam genre being very stereotypical and predicable, it’s nice to see a band that leaves (most) of the cliché at the door. Repulsive Dissection are a far more interesting breed for sure.

Still certain to appeal to the Comatose Music fan, Repulsive Dissection managed to not focus too much attention on slamming, but rather dealing out absolute bludgeonings. Sure, the vocals are your usual, lower than gurgling croaks and the band does slow things down from time to time with some chugging riffs, but it’s far from the focus. In fact, there are a variety of interesting and “technical without being overtly technical” riffs that are bound to get your attention. More impressive is despite the sometimes Origin-levels of speed and craziness, there are some hooks to be had. Closer “Apostasy” and “Confirmation (The Future of an Illusion)” have some of the best, but the band is strangely attuned to maximizing the levels of technical riffing all the while keeping the memorable elements intact.

About the only thing some may gripe about are the number of samples injected into the mix (another slam staple), all focusing on religion. But in the band’s defense, as someone who usually gets annoyed by the samplings, they didn’t have a huge impact overall. There’s far too many killer riffs to lose yourself in than be restrained by petty things. Church of the Five Precious Wounds is a death metal winner, sure to impress those looking on the more brutal end of the spectrum.