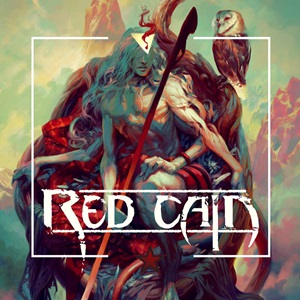 Emerging from Alberta, Canada in 2012, Red Cain are a five-piece modern melodic metal project with a boatload of progressive and European-oriented influences on their self-titled debut EP. Yes, that’s a mouthful – which makes for interesting twists and turns for the four songs on display. Taking a two-year break to assemble the current lineup and refine the songwriting pays dividends, as this material contains intricacies in many instrumental sections while also maintaining a high velocity hook factor that many younger progressive-oriented acts fail to account for.

“Guillotine” opens the recording, a dynamic offering that features a quiet, ambient/classical instrumental interlude amidst a dark power chord driven arrangement, the lead break exhilarating as it conjures up a mixture of Kamelot finesse and electronic/industrial driven rhythmic tribal stomp. Gothic / Eastern European clean guitar textures against a driving Evergrey-oriented riff montage make the more commercial-oriented “Dead Aeon Requiem” a highlight of the four, vocalist Evgeniy Zayamy exuding premiere power precision as he surgically drips his storytelling with alternative melodies that evoke everything from the much-missed Pete Steele to David Gahan of Depeche Mode, only turning on more of a metallic sheen. Bassist Rogan McAndrews showcases his funky/jazzy prowess on “Hiraeth”, the twin guitar action of Brendan Doll and Allan Chuley filling up the aural landscape in a heavier Symphony X or Draconian manner as the classical-orientation touches weave seamlessly against the progressive nature of the band’s song construction. The most modern cut “Unborn” contains numerous gothic elements between the keyboard swaths, dramatic mood sweep changes, and another riveting Zayamy vocal performance – alerting the listeners that this isn’t your average intricate/ technical progressive band rolling out conventional material.

What works best for Red Cain are those spots in between the sheer intensity of what’s on display – a proper dynamic understanding of quieter introspection, something that makes Opeth and Steven Wilson so brilliant. At 24 minutes and change, Red Cain are on the right path, sure to drum up significant interest as the band deliver songs that contain hooks while pushing boundaries – always the best game plan for long-term appeal in this genre. 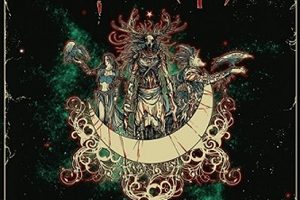