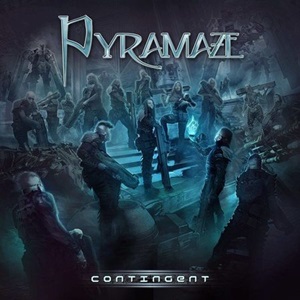 Back on a regular every other year recording schedule, things are indeed on the upswing in the Pyramaze camp. Hot off their impressive 2015 Disciples of the Sun album and a Progpower USA appearance last year that received massive kudos from crew and patrons alike, this fifth studio platter Contingent conceptually takes on a post-apocalyptic tact with current events, brotherhood, and overcoming human spirit struggles all entwined for the storyline. Couldn’t be a better time for this theme given the state of unrest and economic upheaval in many parts of the globe, eh?

Combining a love of melody and heaviness under the power/progressive metal umbrella, the quintet succeeds in developing their ideas from a base foundation to add flourishes of darkness and light as the individual songs grow. The lower tuned, almost djent-like rhythms that start “20 Second Century” provide opportunity in mid-range melodies for Terje Harøy, while the symphonic and piano elements from Jonah Weingarten ramp up during the chorus and instrumental sections. Church bells and symphonic sweeps set up a thick rhythm guitar tick-tock swinging feel for early winner “Kingdom of Solace”, the bridge passage containing a progressive drum shuffle that makes the ensuing return to the main guitar hook so glorious for long-time Kamelot followers. Beyond the expertise production duties of Jacob Hansen, many people forget his decades of guitar playing in the thrash scene – which gives material like “Star Men” and the exotic yet spacious “Obsession” that extra thickness to make hairs stand up and goosebumps procreate along with fellow axe man Toke Skjønnemand, wrenching every note with intense emotional magnitude during the short lead break for the latter.

The feather in the proverbial Pyramaze differentiation cap once again is singer Terje Harøy – Scandinavian excellence of the highest order. His ability to provide rich melodies and harmonies from the first song to the last in such a way as to embrace classic rock, AOR and power/progressive metal makes “Heir Apparent” and “Land of Information” retainable, hummable, and checks off qualities that put him in the Russell Allen/ Tom Englund classification of premiere powerhouses. Fearless and faithful to the cause, Contingent keeps Pyramaze one of the best bands for thinking forward in melodic, progressive power metal – primed and ready to attain the respect and admiration of the growing legions who love this genre. 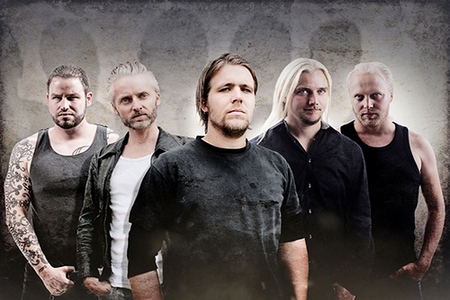 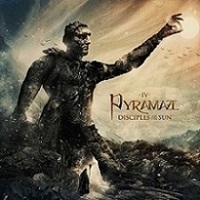