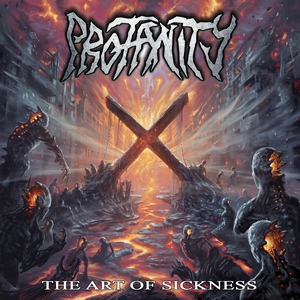 Everyone loves a comeback, right? In the case of Germany’s Profanity, it’s been 17 years since the band released a full-length album (the last one came at the turn of the century with Slaughtering Thoughts). The band was put to bed for a number of years but an EP surfaced a few years ago as a re-introduction to the brutal act. The Art of Sickness sounds anything but dormant despite all of this.

While not to be lumped in with the massive number of mere clones, the first band that comes to mind while listening to Profanity is that of Suffocation. The material has a technical edge, but also distances itself from the current crop of tech-death by focusing on songwriting and putting the brutality first. Appeal certainly lies towards that same tech crowd, but when all the songs hit the 6-7 minute range, you had better make sure they sound like “songs,” and that they have plenty of success here with that. They don’t rely on a verse-chorus-verse approach either, but manage to pull off at least a few riffs per song that despite their often progressive/technical leanings, come off as being distinctly catchy. It’s almost akin to a mid-‘90s death metal album that’s been boosted with some of the progressive songwriting of today, and it makes for a record that’s intense but compelling at the same time. A song like “Specific Souls” hits all the marks of today’s dizzying musicianship while somehow providing some real memorable leads and brutal riffs.

Rounded out by a production that keeps the intensity intact yet allows everything to be audible and a bevy of all-star guests (including Terrance Hobbs, Adrie Kloosterwaard, and Christian Münzner), Profanity are back in a big way on The Art of Sickness. Admirable for the band’s ability to keep in line with what they’ve done while still keeping up with the times, it’s a death metal album that’ll appeal to many walks of extreme metal. 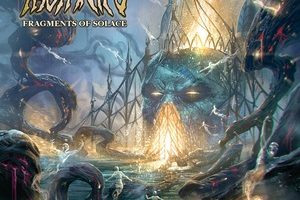