Veritable cockroaches of the American hardcore/tough guy metal scene, Pro-Pain have clocked in with their 14th album, The Final Revolution. The title isn’t very telling, it’s a bit like how Maiden did The Final Frontier a few years ago; it’s not their last album, and neither is this for Pro-Pain. (Maiden and Pro-Pain…talk about polar opposites.) The album is another serious slab of straight-up, no frills metal, as main chap Gary Meskill keeps matters at street, functional level, holding their appeal in check for the NYHC crowd, as well as mainland Europe, where the band remains a force.

As indicated in the accompanying bio, Meskill handled all songwriting for The Final Revolution, a first since the band’s big-time mid-90’s days. Naturally, one would really need to go over the band’s songs with a fine-tooth comb to detect differences in Meskill’s songs versus his bandmates, but the approach here is highly emblematic of the band’s sturdy, reliable catalog. The bruisers are out via opener “Deathwish,” (the chorus should be fun to shout) and “Can’t Stop the Pain,” while those mean, uncomplicated, heavy-for-the-sake-of-being-heavy riffs round up “One Shot, One Kill” and standout “Problem Reaction Solution,” which is the best course of action Meskill took vocally here.

It’s probably a tune beaten to death when discussing Pro-Pain, but their overall reliability and stick-to-itiveness has made them a lasting force. The Final Revolution might be virtually indistinguishable among the band’s piled-up discography, yet consistency still stands for something, especially when you’ve blazed a path that is rightfully yours. 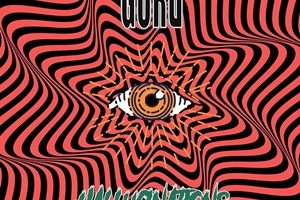