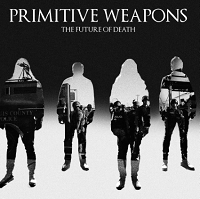 Modeled after hardcore punk heavyweights Fugazi, Refused, and Quicksand, Brooklyn’s Primitive Weapons represent the regular push-and-pull between regular dude fury, and art rock aesthetic. Formed in 2009 by guitarist Arthur Sheppard (who also owns the very happening Saint Vitus bar in Brooklyn), Primitive Weapons have one album to their credit—2011’s The Shadow Gallery, which was released by Prosthetic. Five years later and with a new label in tow (Party Smasher Inc., the product of Dillinger Escape Plan guitarist Ben Weinman), Sheppard and team are back with the potent The Future of Death.

Emboldened by the searing vocals of David Castillo, the hot-potato hardcore metal roll of opener “Ashes or Paradise” and its bouncy follow-up “The Electric Drama” portray bristling riffs and the occasional clean vocal flourish from Castillo, who, very wisely, doesn’t stay in one vocal spot throughout the album’s running order. Sure, there are some “post-“ vocal antics found on “Panopticon Blues,” but his throat-busting screams are what make the song an instant winner, particularly when it descends into a would-be pit starter at the halfway mark. On the flipside, the experimental hardcore leanings found on “Whistle Past the Graveyard” are noticeably satisfying, if not carefully treading the same line of Weinman’s own DEP.

The Future of Death works because rather than running the table with a straight line of in-and-out scream-happy hardcore jams, it ends up reversing field at just the right moment. It’s a clear demonstration of how excellently frayed hardcore can be, even if for our ears, it makes the irregular push into metal territory. But alas, lots of good stars aligning for Primitive Weapons between this album, Party Smasher Inc., and the fact that after five years, they’re able to so effortlessly jump back into the HC fray. 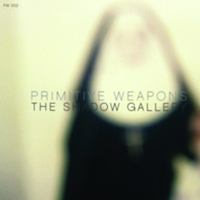