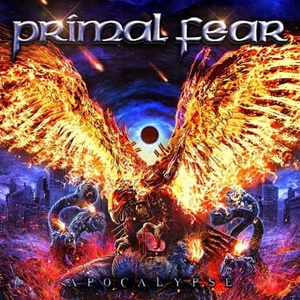 Twenty years together as a group – it’s hard to fathom that back in 1998, the self-titled debut from Primal Fear hit the market at a time when traditional/power metal was in need of a kick start. Surviving the storm, releasing killer efforts like Nuclear Fire and Seven Seals solidified their reputation. Since moving on to Frontiers, they’ve been unafraid to inject symphonic/epic strains at times to diversify their material – never forgetting the Judas Priest-like anthem intensity that has made them a fan favorite and headliner globally. We have arrived at Apocalypse, the 12th studio platter that keeps the sextet resolute in delivering metal to the bone. The band has been averaging 150 shows per year over the last three album cycles, so it’s invigorating to take in the multiple songwriters and capturing their bursts of creative energy – as Apocalypse provides proof positive that Primal Fear has not lost any sense of purpose or pleasure in keeping the faith.

Exploding through in double bass, high screaming glory – “New Rise” lifts the battalions as sinister guitar riffs and multi-tracked vocal harmonies properly set the tone early that this is going to be a headbanging affair not soon forgotten. The band over the course of the ten proper tracks beyond the title intro instrumental properly shift between speedy numbers and the varied mid-tempo anthems, both equally focused on massive musical hooks and comforting vocal melodies – aware of using their craft and skill sets in a veteran way. Bluesy reflective strains open “King of Madness”, a firm arena-like effort where drummer Francesco Jovino accents the groove with semi-tribal play and the guitar team of Magnus Karlsson, Tom Naumann, and Alex Beyrodt serve up swift harmony break action. “Princess of the Night” / Saxon gets a bit of a nod to the main verse riff of “Blood Sweat & Fear”, where Ralf Scheepers sings about ‘the school of hard knocks’ – while “Supernova” continues the band’s symphonic/orchestral enhanced side, the volley between keyboards and guitars alluring in calmer dynamics as the arrangement unfolds. It’s all about creating those hooks and moments where the audience can sing, clap, shout, and raise fists to the sky – and Primal Fear never relent in that pursuit song by song. The lone epic “Eye of the Storm” at eight minutes takes on a Black Sabbath/Rainbow feel, the pacing respectful between lower drum marches, layers of guitar harmonies, and the lower to higher delivery Ralf employs, expertise unmatched in this genre.

Carefully constructing a professional album on all fronts including the fiery eagle artwork and seeking out mixing/mastering support from Jacob Hansen, Apocalypse is another strong contender for traditional/ classic power metal top awards and will not disappoint the Primal Fear brigade. 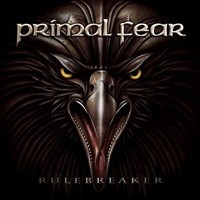